How I'd Quit Your Job With Good Cause

Good cause to quit a job, can be for any reason you deem sufficient ..under the sun.

But, if you want to quit a job and then collect unemployment due to the reason you quit, then you have to prove quitting wasn't your fault ..but your employers.

Just the fact, it's an employee that has to initiate an unemployment claim, means I can't think of one good reason for an employee not understand what their burden will be to get .. and keep benefits, should the employer appeal an initial determination allowing benefits.

Employees often miss there is a distinction between quitting for a good cause reason.. vs. being able to prove they actually had good cause to quit at the time they quit their job

And then there is the distinctions between how unemployment works on this issue .. from  state to state .. once the unemployment administrative agency gets to regulating the intent of the laws.

As for the reasons people quit .. that may, or may not have the possibility of good cause,I found this explanation in the Ohio Unemployment Law Abstract. (Links to Ohio and other state unemployment resources, can be found here.)

"There is, of course, not a slide-rule definition of just cause. Essentially, each case must be considered upon its own particular merits."  Traditionally, just cause, in the statutory sense, is that which, to an ordinary intelligent person, is a justifiable reason for doing or not doing a particular act."

However, DOLETA (Department of Labor Employment / Training Administration) explans how unemployment laws can be set up differently, to affect what can be good cause to voluntarily quit a job.

Good Cause for Voluntarily Leaving -  In all states individuals who leave their work voluntarily must have good cause if they are not to be disqualified.  In many states, good cause is explicitly restricted to good cause connected with the work, attributable to the employer or involving fault on the part of the employer. However, in a state where good cause is not explicitly linked to the work, the state may interpret its law to include good personal cause or it may limit it to good cause related to work. Since a state law limiting good cause to the work is more restrictive, it may contain specific exceptions that are not necessary in states recognizing good personal cause. (For example, an explicit provision not disqualifying an individual who quits to accompany a spouse to a new job might not be necessary in a state which recognizes good personal cause; it would be necessary in a state restricting good cause to that related to the  work).

Like the Non-Monetary Eligibility Chartbook, also found at the link above, goes on to explain, thirty nine out of fifty states restrict good cause, to be connected to the work.  But I can also tell you that when a state doesn't restrict .. it doesn't mean you still won't need to prove something,to get benefits for a more personal, compelling and necessitous reason to quit a job.

Despite all the legalese surrounding explanations for claimants and employers alike, the unemployment insurance process is a quasi-legal process .. and that still doesn't explain to me why more employees don't know that proving good cause usually require a claimant to prove they took steps that are seen as exhaustive efforts a reasonable person would take to to preserve their job before taking that big bold step of ending an at-will employment relationship. ..

Sorry folks .. this mean you'll likely need to reach out to your employer multiple time for the purpose of proving later, should those efforts not work, that you tried to get help from your employer to resolve your issue ..

To tell the truth!! 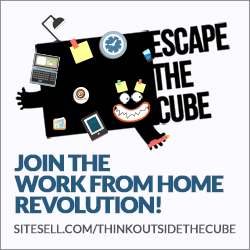 Documenting For the Purpose of Proving You Finally Had Good Cause to Quit.

Yet I've been saying it is key for years, in that proving the burden of fault being attributable to the employer .. is simply easier to do when you document to support testimony.

A document of any sort may be evidence that weights testimony to be more credible.

In other words, it can be the thing that encourages the power that be, at your hearing, to not ignore the fact your story, is also full of credible facts .. after an unemployment appeal hearing is done and over.

Talk all you want to resolve your problems with a job,.. but please start confirming you talked .. and what was talked about.

Hey .. why do you think employers often refer to a form called a verbal written warning?

Also .. documentation helps you, an employee, meet that lesser known part of the burden that can show you indeed did exhaust efforts to preserve your employment, to that level that can convince a similar "reasonable person".

Of course documenting while an employee, might make an employee feel they are sticking their neck out at work, even when an issue is legitimate to stick a neck out for.

If your issue deals with something about the work, workplace, or another employee, such as those given to abusing the authority they are given by a business entity, while leading, directing, and/or disciplining  subordinate employees .. not doing anything .. is why many end up quitting on impulse .. and then learning about the burden to quit with good cause.

I think it's fair to say .. most subordinates feel they may be sticking their neck out, but when an employee has good reason to not trust an authority figure at work, in that they don't trust their boss won't subvert an employer's rules and policies for their own purpose of .. evil design, as described in this definition work related misconduct.

But that alone doesn't alter what I know does help those who quit for good cause, to prove they quit their job with good cause attributable to the fault of the work, or the employer.

Unemployment Questions When You Quit

Q&As About the Burden of Proving Good Cause

Back to  Quit Your Job

Quitting in Lieu of Being Fired

Should You Be Represented at Your Unemployment Appeal